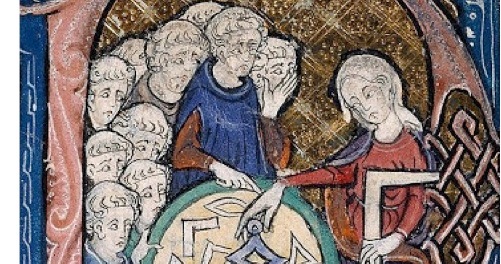 As regular readers of my blog will know, I am in favour of a knowledge-rich education which is based around academic disciplines rather than generic skills. Although I think that generic skills exist and are worthwhile, I do not think they can be taught in isolation, nor do I think that they serve as good curriculum design tools.

I have never written a blog post on my views about the whole-school curriculum, primarily because I simply do not feel that I know enough about other disciplines to know what is appropriate. As far as I’m concerned, only philosopher kings and Enlightenment polymaths are qualified to be curriculum senior managers. Reading Tom Sherrington’s collation of curricula, however, made me decide to write this post, not least because I think it sets out some of my broader views on education that I do not always share on my blog. Something like what I have set out below underpins what I think a whole-school curriculum should be like, and I hope it serves as a useful discussion point.

Here’s the breakdown of subjects. Note that this would be for all pupils up to December of Year 11 (yes, really – see below for why).

Mathematics – I have not given maths much more time than it currently gets in some schools (based on Tom’s spreadsheet) but I have given it a daily place in the timetable, based on the idea that it is sensible to do a little and often.

Languages – As with mathematics, I think this needs to be little and often, and sustained from Year 2 up to Year 11. Although I can see the attraction of offering Mandarin or Arabic, I think it makes sense – at least at secondary school – to focus on the languages of our closest and largest neighbours, so I would offer French, German or Spanish. Which particular languages would depend on what primaries were offering. As with mathematics, I have put this in for a daily slot for five years. This probably gives scope for schools to offer two languages for able linguists.

Sciences – I once told a scientist friend that it’s shocking that discrete academic disciplines, such as history and geography, get collapsed into one another. She (quite rightly) said this was also true of the sciences. I am persuaded by this, and so I would treat the three main scientific disciplines as separate subjects, and give each a double lesson each week.

Extra-curricular – this is embedded in the curriculum and is an entitlement for all students. All students are expected to do at least two activities from different areas (see below). Friday afternoon is given over to extra-curricular activities, not least because this helps with things like school trips and outdoor education.

English Language – I have completely removed this from my curriculum. I was convinced by Daisy Christodoulou (herself an English teacher) at a recent symposium that (in true Hirschian style) the best way to get better at reading and writing is to learn more knowledge. In the current lingo, that means that literacy teaching should be distributed across the curriculum (particularly the humanities) and it is the job of all literacy-heavy subjects to be correcting spelling and grammar and improving pupil written style.

English Literature – I am treating this as a humanity, placing it alongside history, geography and PRE.

Vocational education – space here prevents me writing out my views on this completely. Suffice it to say that I think vocational education is vitally important, but that secondary school is not the time to do it. I shall write on this more fully in a future blog.

ICT – you will notice that I have scrapped it. This is a curriculum based around academic disciplines and not skills; skills (and I’m including programming as a skill) are taught in discipline-specific ways in appropriate subjects.

Citizenship – is not an academic discipline, and I am not convinced it can be taught. The knowledge that responsible citizens require, however, can be taught, particularly in the humanities.

This is where my curriculum is not just traditional, but radical. The current trend in schools is to start sitting GCSE exams earlier and earlier. I think this is a huge mistake. What we actually want to be doing is pushing Key Stage 3 later and later. In my dream school, pupils follow Key Stage 3 to Christmas of Year 11. They study all their subjects until then.

In December of Year 11, they choose eight of those subjects in which they want to be examined. Spring and summer term is then spent working on exam technique, looking at past papers and revising. The point is that teachers will need to ensure that all pupils are at a stage by Christmas of Year 11 where they could take the GCSE exam. Removing a focus on public examinations until right at the end of school would help alleviate (though cannot remove) the problems of teaching to the test. 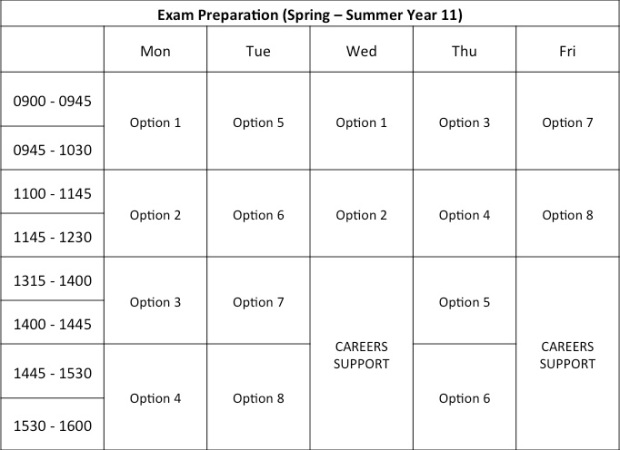 What about accountability? This is my dream world, so I am playing around with what is possible currently. In my dream, school accountability is reduced to something like the following:

(1) Where is the critical thinking?

Despite the impression I might give in some of my posts, I am in favour of critical thinking. I think, however, that critical thinking happens within subject domains: what it means to prove something, for example, is different in mathematics, chemistry and history. I do think pupils should get the opportunity to compare explicitly the different ways disciplines operate at a meta level, but one cannot compare what ‘evidence’ is in biology versus history unless one has encountered that idea in those subjects first. I would expect my Philosophy, Religion and Ethics subject to contain a course on epistemology, probably in Year 10 or Year 11.

(2) This curriculum is not suitable for all pupils

Rubbish (with a few caveats). Knowledge of the wonderful world in which we live is an entitlement for everyone. I accept that there are a small number of pupils with severe disabilities for whom this curriculum is not suitable, which is why we have special schools. My curriculum model also allows for setting where this is important. I tend to think, however, that ‘not very academically able’ should in fact be replaced with the words ‘does not yet know…’ (have I just come out in favour of a Growth Mindset???) and it seems unjust and perverse to deprive pupils of knowledge just because they have not learnt enough by the end of Year 6 or Year 9.

This is not a great time to be writing about this, though my bias is towards a secular education system where we do not learn to be religious, but rather learn about religion and religions. I appreciate that there are significant arguments against this position, though I think the model I propose here is sufficiently flexible to allow (for example) faith schools to exist.

I did have to think hard about this. As far as I am concerned, these are not generally academic disciplines, though music and art history can both be studied as such, and drama forms an important component of literature. My social justice agenda, however, made me include it – access to the arts should not be left to parental choice. My curriculum allows some flexibility – one could, for example, do a different art each day, or work on a rotational basis. If it were on a daily basis, I might do something like the following:

(5) Why so much time for extra-curricular activities?

For the same reason as above – access to extra-curricular activities should not be the preserve of parental choice. A block of time on Friday afternoon would allow schools to share some teachers (say for Latin or Astronomy). Some of those extra-curricular slots could also be used for interventions and additional tuition.

I was convinced by Heather’s blog on the benefits of shorter lessons (I know many independent schools have even shorter lessons). Where I thought that subjects might want more time in one go (for experiments in the sciences and in sports) then I would arrange these as doubles.

I’d be fascinated by comments on all of this – I know that few state schools will be offering a curriculum like this anytime soon, but I think it is important to give ourselves gold standards to work towards, not least because they help us work out what we think about the aims of an education. Writing this post has certainly helped me clear up my thoughts on this.